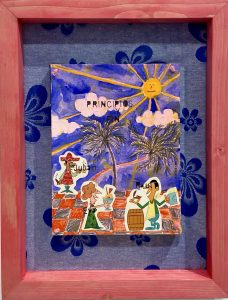 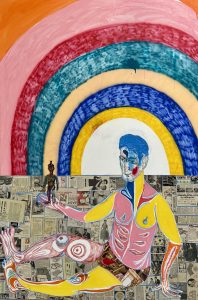 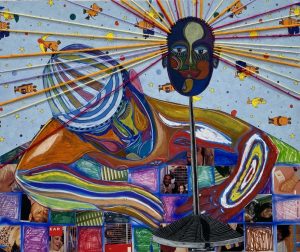 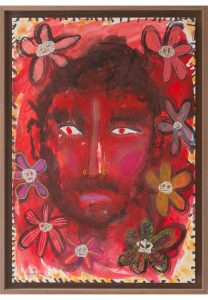 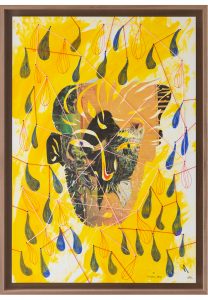 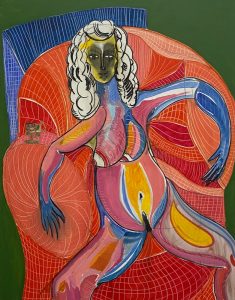 Influenced by the avant-garde of modern art, Iván Forcadell (Alcanar, 1993) is a multidisciplinary artist who produces from authenticity and expressionism to create a body of work that refers to his authentic being, his roots and his gaze. The artist intertwines stories of his childhood in the countryside, folklore and irony, approaching these issues with harmony and ease; his characteristic fresh and colorful style is a forceful positioning in favor of art’s ability to impress and an appeal for the constant reinvention of the artist for whom the relationship with his work is the fundamental pillar of his production. Forcadell finds in the importance of nature and human relationships, and how they relate to his own life, the basis of his works. For him, honesty in his series is as important as his originality, carrying out a constant investigation of new techniques and materials while introducing elements of proximity and found objects into his compositions.