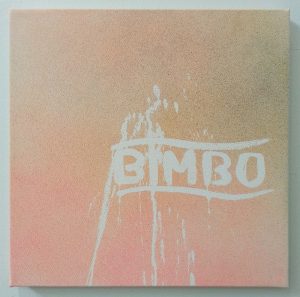 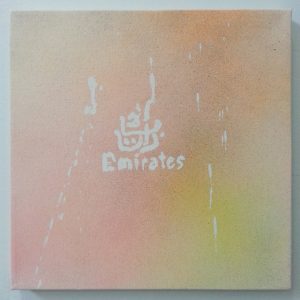 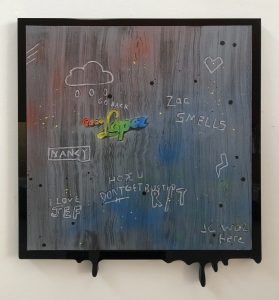 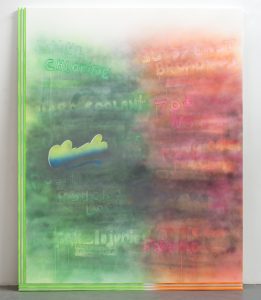 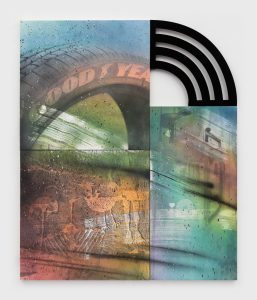 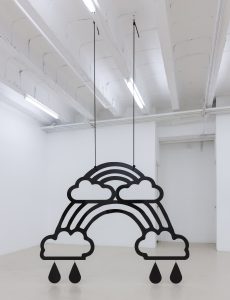 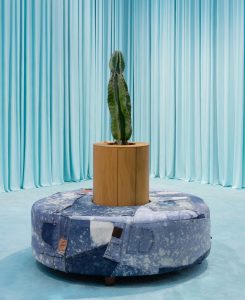 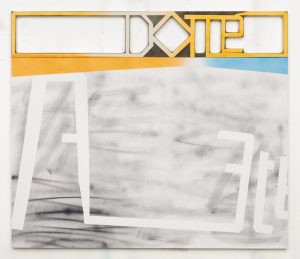 For White, the artistic process begins with the construction of the canvas support; it can be a single rectangle, or several of them abutted to form an irregular, non-rectangular array. The painting can be hung on the wall, or it can lean against the wall from the floor. One canvas may be ‘framed’ by another. In a recent development, some of her canvases are crowned by appended sequences of cut-out letter-like forms – formed from canvas over a wooden armature. Like the painterly decisions about colour, edge, gesture and fracture, these choices about the painting’s material substructure are not entirely pre-planned; there is always the possibility of spontaneous reaction. (That this openness to spontaneity may not even end when a painting is nominally finished was demonstrated when I included White’s work in an exhibition I co-curated; in the case of one painting, she left it to our discretion whether to hang it or lean it against the wall.)

As for the pictorial marks themselves, they are primarily made using an airbrush. There is an inevitable association with spray-paint graffiti, but with greatly expanded possibilities for nuance. Marks feel both tactile and mediated, in endlessly varying ratios. The use of letter forms, whether painted or constructed, helps bring the parts of the brain that read into synch, but also sometimes into conflict, with the parts that see – even if what there is to read is finally inscrutable. White has described the look as ‘retro yet futuristic, inherently urban, reactive and rebellious, but also humble and DIY’. There are echoes of experiences familiar from everyday life – roadside billboards caught out of the corner of your eye as you speed by on the highway, cinematic dissolves, debris from a building renovation – and perhaps art: Cy Twombly’s scribbles, Jules Olitski’s colour fields, Ed Ruscha’s hipster koans on top of Technicolor skyscapes, Robert Ryman’s analytic of the object and Isa Genzken’s attack on it. But they never look like anything but what they are – a viable aspiration for abstract painting in the new millennium.